Athens – The capital of Greece

Athens (Αθήνα) is the capital and the largest city of Greece with approximately 5 million inhabitants and it is considered to be the center of the western civilization that began ages ago.

Athens dominates the Attica region of Greece and with recorded history spanning around 3500 years and its earliest human presence starting somewhere between the 11th and 7th millennium BC. The design of the city is mainly preserved by the Ancient Greece but it is also marked by Ottoman, Byzantine and Roman civilizations through the ages.

Nowadays Athens is by far the economic, political and cultural center of modern Greece, with nearly half of the country’s population.

According to their geographic location in relation to the City of Athens, the suburbs are divided into four zones:

The city is bounded on three sides by Mt. Ymettos, Mt. Parnitha and Mt. Pendeli, while inside Athens there are some historical hills such as Acropolis and Lycabettus. These hills provide a refuge from the noise and commotion of the crowded city streets, offering amazing views down to Saronic Gulf, Athens’ boundary with the Aegean Sea on its southern side.

Travelers can find several points of interest within a relatively small area surrounding the city center at Syntagma Square (Plateia Syntagmatos). This epicentre is surrounded by many districts and neighborhoods such as Plaka to the south, Monastiraki and Thissio to the west, Kolonaki to the northeast and Omonia to the northwest.

The biggest districts – neighborhoods with points of interest in Athens are the following:

Syntagma: The capital’s central and largest square, lying adjacent to the Royal Palace which serves today as the Parliament building. Syntagma Square is the business district of Athens, complete with fashion shops, banks, restaurants, airline offices and shopping centers promoting most international brands, it now finds itself in the top five most expensive shopping streets in Europe, and the tenth most expensive retail street in the world.

Omonoia: The oldest square in Athens. The area seems like an Athenian version of a China town, except the predominant nationalities here are Pakistanis and Africans. A few surviving neoclassical buildings come as a welcome contrast to the concrete of the square. It is surrounded by hotels and fast food restaurants, and contains a train station used by the Athens Metro and the electric train station, named Omonoia station. The square is the focus for celebration activities, like Christmas or mayor sport events.

Exarcheia: Bohemian area and home to Greece’s students, anarchists, artists and intellectuals, as well as Athens Polytechnic university and the celebrated National Archaeological Museum. An area full of cafés, bars and bookshops. The nightlife here is excellent, and as you’d expect a lot more relaxed and laid back. Nobody cares about what you wear or who you are.

Plaka, Monastiraki and Thisio: Charming historic districts at the foot of the Acropolis, with restored 19th century neoclassical architecture, pedestrianized streets, shops and restaurants, and picturesque ruins from the city’s Roman era. They are the most scenic districts of the city. Plaka remains a prime tourist destination with tavernas, live performances and street salesmen.

Monastiraki is known for its string of small shops and markets, as well as its crowded flea market and tavernas specializing in souvlaki.

Thisio is known for its student-crammed, side by side stylish cafés. It is also home to the ancient Temple of Hephaestus, standing atop a small hill. This area also has a picturesque 11th-century Byzantine church, as well as a 15th-century Ottoman mosque.

Kolonaki: The area at the base of Lycabettus hill, full of boutiques catering to well-heeled customers by day, and bars and more fashionable restaurants by night, with galleries and museums. This is often regarded as one of the more prestigious areas of the capital, since the “Athenian elite” of politicians, high profile journalists, actors, models and powerful businessmen are the main residents of the district. All the expensive fashion boutiques are based here and the nightlife is designed to please the above-mentioned crowds, as well as visitors who come here from the rest of Athens to get a taste of the high life.

Gazi area, one of the latest in full redevelopment, is located around a historic gas factory which is converted into the Technopolis cultural multiplex where concerts, exhibitions and festivals take place. There is also a homosexual community with gay bars and clubs making it a night time destination for these people.

Metaxourgio: Frequently described as a transition neighborhood. Its located near Gazi. After a long period of abandonment in the late 20th century, the area is acquiring a reputation as an artistic and fashionable neighborhood following the opening of art galleries, museums, restaurants and cafés. Local efforts to beautify and invigorate the neighborhood have reinforced a sense of community and artistic expression. Anonymous art pieces containing quotes and statements in both English and Ancient Greek have sprung up throughout the neighborhood. 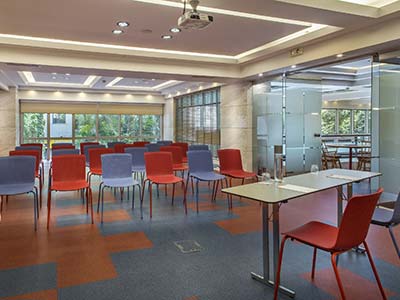 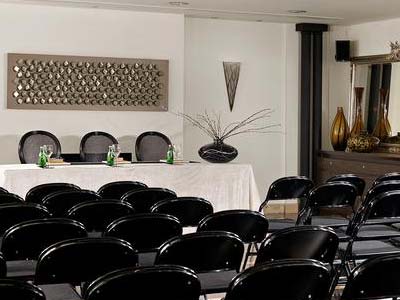 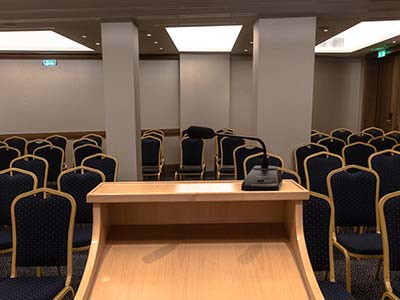 Ideally located in the Athens city center, the event venue at Electra Athens hotel is perfect for all types of business functions: with a capacity of up to 70 people in theater set-up, air-conditioning and natural light, it will become your go-to meeting space no matter what event you are planning. 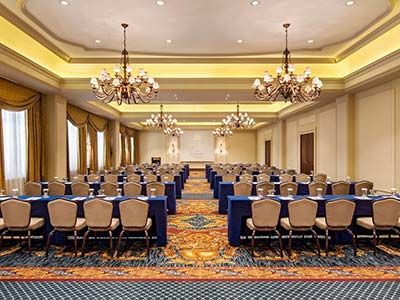 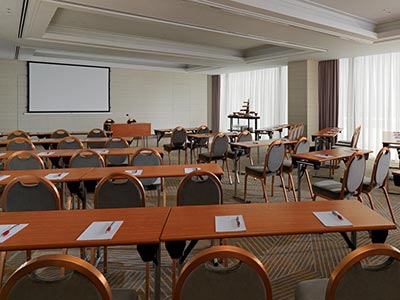 Athens first appears on the pages of history around 1400 B.C., at which time it was already a major cultural center of the Mycenaean civilization. The Acropolis and remnants of the Cyclopean Walls attest to its status as a Mycenaean fortress city. In 1200 B.C., many Mycenaean cities were destroyed and resettled by invading bands of Dorians, but Athenian tradition maintains that Athens escaped this fate and retained a “pure Ionian bloodline.” Beginning as early as 900 B.C., Athens became a leading trade center within the Greek world, owing to its central location, possession of the heavily fortified Acropolis and its quick access to the sea.

By the beginning of the 6th Century B.C., the foundations of democratic reforms were laid in Athens by Solon and full democracy was achieved by 508 B.C. under Cleisthenes. By this time also, the Athenian navy had grown large and powerful enough to assist the Ionian regions of Asia Minor in their rebellion against Persian rule, which lasted from 499 to 493 B.C. The revolt ultimately failed, however, and Athens’ support of the rebels incensed King Darius of Persia to the point of launching an all-out invasion of Greece in 492 B.C. Athens and Sparta led a coalition of Greek city-states against the invaders and defeated them, but Athens was nonetheless sacked twice by the Persians before the war’s end.

Golden Era and the Fall of Athens

Following the Greek-Persian War, Athens entered the Golden Age of Athenian Democracy, during which time it was the clear cultural leader of the Greek world. Drama , philosophy, history-writing, artistry, and political reform all contributed to the highlight.” Athens also became the head of the Delian League, which began as an alliance to continue the fight against Persia, but soon became little more than a tool by which Athens promoted its own imperial ambitions. Sparta soon chafed at this situation, and the two cities — once allies, now rivals — fought the lengthy Peloponnesian War between 431 and 404 B.C. Athens was finally defeated by the militaristic Spartans, and though it remained an important city-state, it failed to become the center of a great empire.

In 338 B.C., Macedonia defeated an alliance of Greek city-states and conquered all Greece, including the city of Athens. Athens remained under Macedonian rule until the Romans defeated them in 197 B.C. While under Rome, Athens was a free city with a much-admired school system and received special favor from Emperor Hadrian in the 2nd Century A.D.

Athens passed from Roman to Byzantine rule when the empire split in Late Antiquity, declined during the Middle Ages and benefited from trade with Italy during the Crusades. In 1458, it fell to the Ottoman Empire and did not again become part of an independent Greece until 1832. In 1834, it became Greece’s capital, and in 1896, it hosted the first modern Olympics. In 1922, after the Greek-Turkish War, many Ionian refugees flooded into Athens, and the city also grew exponentially during the 1950’s and 60’s. Today, it is a metropolis and a major world tourist attraction.